What is the professional world of the future? 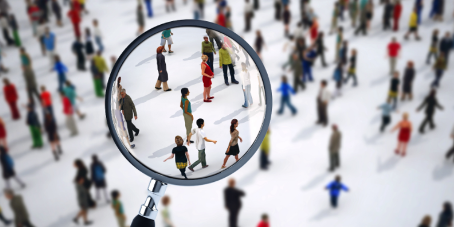 The more the pandemic seems to take root, the more the professional world changes, in a profound way. Where we might have thought a year ago that these changes would be temporary, we have gradually learned to live with them, even to the point of internalizing them. This is true whether you are a manager, the CEO of a SME or a big company, an employee, or self-employed. Whether you are young, senior, or even older. Whether you are a parent, alone, as a couple, working in a company promoting agility, as in a historical bastion with “old” processes. These changes spare no one.
Alongside the inevitable – and imposed – telework, other ways of working, networking, selling, are emerging. So what is the professional world of tomorrow? Here’s a short – but not exhaustive – overview of these new developments.

In China, faced with the impossibility for farmers to sell their produce on markets (closed due to the pandemic) and supermarkets deserted by the population, the sector has been forced to react quickly, or risk seeing thousands of farmers disappear. Within a few weeks, the government set up training courses to guide them towards the digitalization of their activity. A 360°C turnaround for this public usually disconnected from this 2.0 world! And the success is there. Thanks to live promotional videos directly from the field, a sort of agricultural “home tour” in a very dynamic format, including live product tasting, sales are taking off thanks to an online sales option that can be activated directly from the video. The impression for consumers to buy their vegetables as if they were in the farm! The application is easy to use, free of charge, and has already attracted thousands of consumers and farmers who see it as an important financial lever. The revolution is on the move, and is not about to stop!

In the banking sector, the same fundamental change is taking place, both in the historical players who have accelerated their digitalization since the beginning of the pandemic, and in the new banks, known as “neobanks”. Vybe in France, which has decided to tackle the very young market, between 17 and 25 years old, is one of them. Entirely digitalized, without physical branches, this 2.0 bank has already convinced hundreds of thousands of young people, an audience that “traditional” banks have never managed to capture. This is another fundamental trend, which has been growing exponentially since the pandemic.

Before, there were corporate events / private circles / entrepreneurial meetings etc. With today’s restrictions, this has had to be reinvented via digital. Numerous formats have emerged, such as virtual debates with a more or less engaged audience depending on whether the camera/comments/microphone option is available or not, or paid and participatory formats on engaging themes such as the “Connected Catch-up” of the closed circle of French Founder. And yet, paradoxically, it works. Behind a screen, it becomes easier to speak, and therefore to interact with others, whether you decide to do it on camera or in a “softer” way via a written comment published live. And this, regardless of your profile (age, gender, profession, hierarchical level, etc.) and without having to travel from home, an option that is also increasingly attractive for the precious time saving and openness offered by the format to everyone.
The various networks have already announced that these formats will continue after Covid and will complement or enrich the return to face-to-face events.

What about teleworking in all this?

Today, teleworking means videoconferencing. While a few months ago many people were delighted with this new way of working, seeming to offer more freedom, the system quickly showed a more constraining side. With videoconferencing, the separation between private and professional life is initially erased, given the location (everything is now in the same place), but also the new work habits associated with it. Thus, it has become legion to have to take part in Zoom/Teams and others at 7:30 am or 8 pm, where in the “old” world of work such meeting times – face-to-face meetings – were only the exception. In the same way, videoconferencing, if it is not bound by a precise schedule, can very quickly become time-consuming. Not to mention the multiplication of this format for one reason or another, due to the ease and speed with which a meeting can be scheduled. A format that is ultimately very demanding in terms of hours, which encroaches more and more on the actual production of the employees, who are often forced to make up for lost time later on! It is easy to understand that in this context, fatigue is felt more strongly, with a emergence of a new concept “Zoom Fatigue”. What will happen to this format? While it will surely continue when time saving considerations are at stake, let’s hope, for all our sakes, that we will quickly return to the good old physical appointments, less tiring, less numerous, with “normal” schedules. More efficient, in short.